Sifting for Gold: Can we strike riches while rummaging through the heaven and hell of technology? 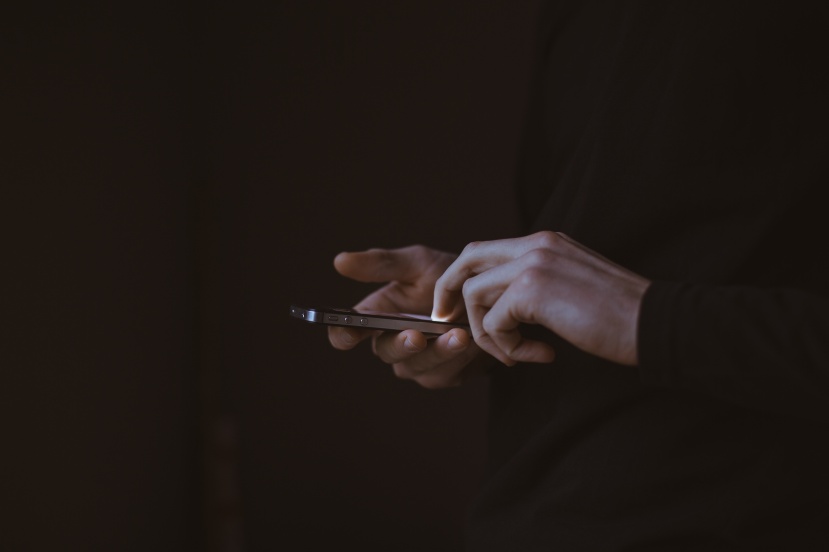 Incitation: Is technology really that bad or that good – or have we simply dramatized the polarities of it?

Quiddity: Often perceived as distracting or harmful, technology can actually liberate us, bringing us freedom to do almost anything from almost anywhere… but we need to keep it in check.

It’s eleven o’clock in the morning on an early summer weekday – and I’ve brought my two children to the pool for some reprieve from the warm day and mild boredom of summer vacation. To some, we look overpacked; our bags bursting with towels, pool noodles, and sunscreen.

There is another bag, though – also nearly ready to burst. This one, however, is packed with other modern-day essentials: a laptop, a portable hard drive, and mobile hot spot. After the kids lather on sunscreen and grab the noodles, they’re off to the pool before I can get settled in. I know I may have to pop open the laptop and do some serious work eventually, but for now, I’ll settle for seeing how many emails I can sift thru on my phone.

After about fifteen minutes of sitting on a lounge chair, staring down at my small screen through dark sunglasses, and pecking away at short responses, I notice the sensation of sweat between my chin an chest; this is the prompt that tells me it’s time to look up from my phone, locate the children, and acknowledge their location with a quick wave. Just as I’m about to click my phone to sleep and look up, I hear my son coughing loudly. He fell under water and took in an inadvertent gulp of pool water. As I set down my phone and run over to make sure he’s okay, I see – and can certainly feel – the glares from other parents around the pool.

My son is fine, but as I head back to our bags, I’m scolded: “Maybe if you weren’t on your phone texting, you could keep an eye on your kids!”

This was the first of several summer pool trips that came, but this comment left me generally agitated, unsure of my presence as a parent, and conflicted about my relationship with modern technology.

It was only a few years ago that this day at the pool wouldn’t even have been possible. In the past, I’d been glued to my desk, waiting for the next email notification to prompt my action. But now, there was real freedom that came with my job. I could work on a presentation from a coffee shop, join a conference call while I walked my kids to school, or delegate tasks while filling up at the gas station.

My kids are young, though, and they aren’t aware of this recent technological shift. This is evidenced when my daughter begs me to join her in the pool so she can go down the water slide and I tell her I can’t because I need to finish an email. She’s noticeably upset and the judging glares from the other parents are back in full effect. I want to explain to everyone – to her and to the jury surrounding me – that because of technology I can actually take my children to the pool; that I’m not ignoring my kids in favor of some distracting group text recapping our weekends, but rather I’m responding to coworkers, setting meetings and agendas, and otherwise keeping our finances and family life in order.

I can get past the uncomfortable glances and misconceptions about how I’m being distracted by technology; living in the virtual world when reality surrounds me, waiting to be experienced in real-time.

Not all technology is enabling, of course – and with modern technology, there is a heaven and there is a hell. The heaven liberates; the hell distracts… And at one time or another, we’ve all fallen victim to the latter.

The truth is, that before I decided to click my phone to sleep that first time, I first decided to step into mindless distraction by seeing if anyone had liked my pool picture that I posted on Instagram. The judgement that came from those initial glares was absolutely right; I may as well have been texting my friends while my son was falling under water. Was I liberated by the ability to work from the pool that day or distracted by the inconsequential?

It’s questions like this that make many people wonder if the net effects of modern technology really just equate to a zero-sum game. Is what’s new always better? Must we simply accept whatever new muse modern technology serves us?

In the west, small, quasi counter-cultural movements such as the move to simpler traditions like rural farming over corporate agriculture and the maker/hand-craft movement over big-box retail are responding, proving that at least some find value in tradition over progress.

In the late 1920’s, India was in the midst of a very similar dynamic, with a counter-culture looking to stop alleged progress for the sake of tradition – and one of the biggest proponents was none other than Mahatma Gandhi, who saw the British textile industry’s invasion of the Indian market as a threat to the long tradition of native Indians spinning khadi (a traditional Indian fabric): “I claim that in losing the spinning wheel we lost our left lung. We are, therefore, suffering from galloping consumption. The restoration of the wheel arrests the progress of the fell disease.”

In the end, though, modern technology won this battle.

In recent history as well, it’s difficult – if not impossible – to cite any disruptive technology that hasn’t built on it’s initial hold. Despite the seeming inevitability of future regulation, disrupters like Uber and Airbnb seem poised to further engrain themselves into the fabric of modern travel while impressive programs like Google’s “Express” and Amazon’s “Prime” services have made the online shopping experience better than the physical store experience in many key ways. Will we ever go back to watching dozens of taxis pass us by while we try to hail a single cab – or paying $400 a night when all we need is a place to crash for a few hours? Would we prefer to walk the eight blocks to the store when we can scan our thumbprint and have groceries delivered the next day? It’s possible that these companies could disappear sometime in the distant future, but it’s highly unlikely that the technologies won’t remain table stakes in our culture.

To many, these might seem like technology headed in the right direction – and as a society, we’ll ultimately decide together. But what about the more distractive side effects that come from things like certain social media and trivial, time-killing websites and apps? It seems like many agree that we’re all spending too much time on the “wrong” technologies – so what can we do about it? Is there any way to curate the right technologies while ignoring the wrong ones – or must we touch the flame to believe it’s hot?

Referring to distractive technology’s innate hold on us – in the case of his observation, it was the telephone – Edgar Degas famously remarked, “So that’s the telephone? They ring, and you run.” This certainly feels like the case when we feel like we can’t escape the dopamine response to the prompt of a call, a text, a like, or a follow… But maybe it’s more than that. It might be that as creatures of progress, we’re addicted to all forms of technology, wright or wrong, useful or useless.

Author Nassim Taleb prefers an even sober look: “The difference between technology and slavery is that slaves are fully aware that they are not free.” Are we all like the frog in the slowly boiling water, not realizing we’re getting cooked? Of course, if we are, it’s impossible to answer this question.

We want to direct our own use of technology in a more fulfilling and productive way, but we can’t seem to manage this. Is it simply that this is all too new to us – or is this just the way we’re programmed – to love the high we get from something new and unexplored?

Because our time of modern technology is so new, we can only speculate the answer… And so I wonder, is the ability to work from a pool freedom or is the gratification of an inconsequential distraction a slave master?

For me, I believe that all depends on if we’re blindly embracing what’s new or if we’re consciously deciding to spin our own khadi.